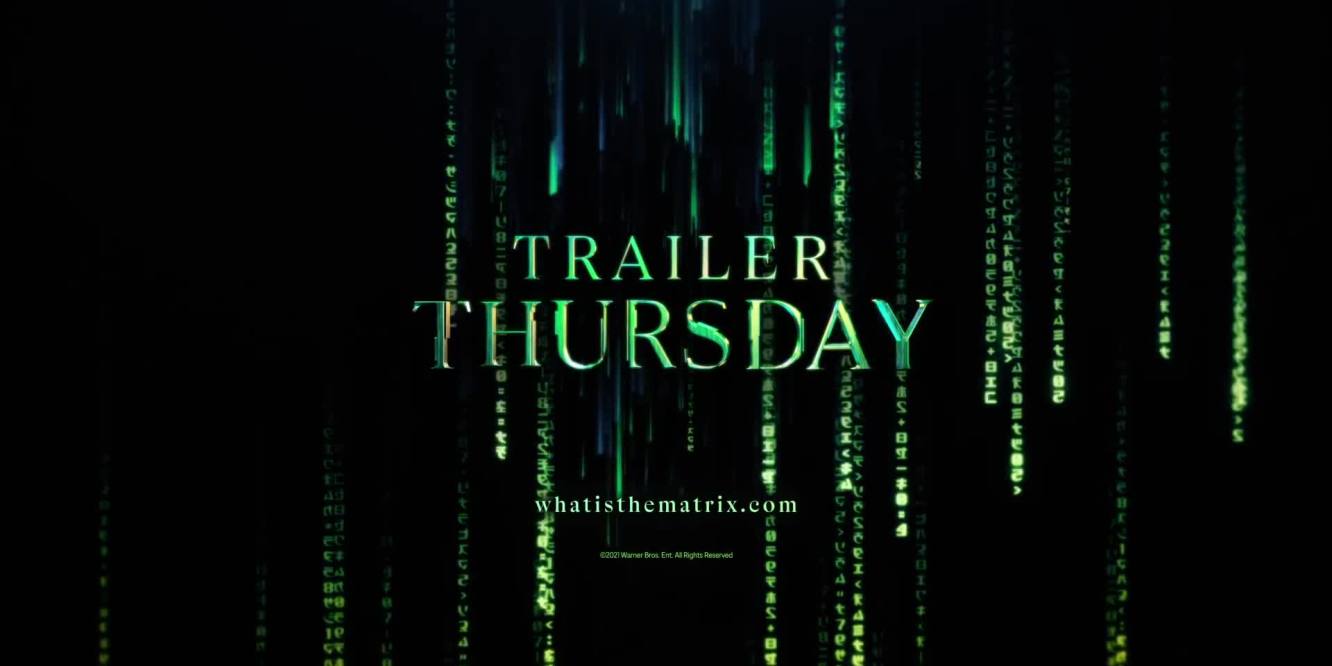 Movie fans of The Matrix are getting excited for the fourth installment of the iconic sci-fi saga, as The Matrix Resurrections has shared two clips packed with film footage ahead of the official trailer release.

Warner Bros. shared a Tweet earlier today directing the public to a website for the new film. When entering the new site, fans are met with a choice, click the red pill or click the blue pill. Once the iconic choice from the original film is made, viewers are taken on a deep dive through Matrix typography and into footage that reveals the new world of the upcoming film.

Lana Wachowski, who also co-directed the first three films with sister Lily Wachowski, is leading the upcoming project and has tapped Keanu Reeves to return as the lead character Neo. Other actors reprising their roles include Carrie-Anne Moss as Trinity, Jada Pinkett Smith as Niobe and Lambert Wilson as Merovingian.

Along with the returning actors, new characters will play major roles in the upcoming film. Joining the epic adventure this round are Yahya Abdul-Mateen II, Christina Ricci, Priyanka Chopra Jonas, Jonathan Groff and Neil Patrick Harris.

While the plot has been kept secret, the first reactions to the film said that it looks set to be a ‘weird’ and ‘divisive’ watch.

THE MATRIX RESURRECTIONS screened this afternoon and it is: weird, meta, engrossing, surprisingly funny, and ambitious to a fault. I expect WOM to be wildly mixed but the people who love it will *love* it.

That said, the new footage is getting a positive reaction from fans with one Twitter user writing they are ‘hyped as can be’, while another wrote, ‘you guys did an amazing job programing that website.’

The Matrix Resurrections will share the first full trailer this Thursday, September 9. The film is set to be released December 22, 2021.

View the teaser clips ahead of the full trailer reveal here.