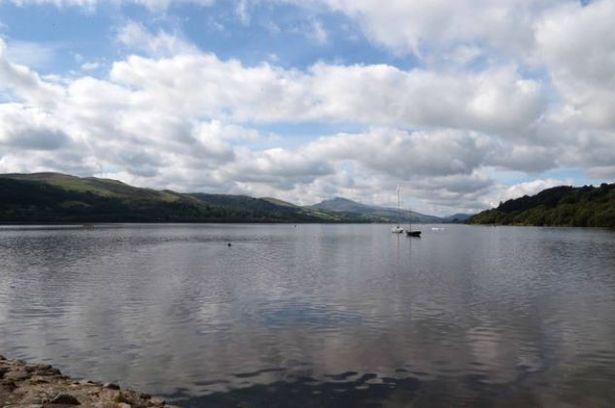 You can’t not know the legendary tales from Roswell, where New Mexico locals claim to regularly see alien aircraft flying around what is now known as Area 51.

The iconic UFO encounter, millions believe, was hushed up by government and has never been totally dispelled.

But in 1974, Wales had what many see as its very own version – and nearly 50 years on, the question for answers goes on.

It was a cold, dark January night when the ground shook and bright lights appeared in the sky above the Berwyn Mountains, report WalesOnline.

Eyewitnesses, fearing another tremor, ran from their homes to see “something coming down” and a blaze of light above the town of Bala.

One local woman, whose dad had worked for the Ministry of Defence, went on record about being woken as a child by an enormous bang – the shocks from which measured 3.5 on the Richter scale – adding that she and her brother were told to go back to bed.

Later in the evening she remembered hearing people talking in the house about making phone calls, and when she looked out of the window she saw something large being loaded onto the back of a truck, although she did not know what it was.

She also recalled there having been a lot of soldiers in the area. Years later, her dad told her a Russian ship in the Irish Sea had fired a missile “in the wrong direction,” which had then hit something and had to be taken away by the military.

Gwynedd Police Constabulary’s major incident log for January 23 also recorded an explosion at 9.10pm with one officer receiving 999 calls about a UFO being sighted.

A witness, who claimed to have seen an object on the hillside, said: “It was a bright red light, like coal-fire red. It was a large perfect circle. Like a big bonfire.

“I could see lights above and to the right and white lights moving to bottom. The light changed colour to yellowish white and back again.”

Yet, despite local search and rescue teams being scrambled to the site, one coming from RAF Valley on Anglesey, no evidence of any wreckage was ever found.

But, while that did little to dissuade the hardcore believers that extraterrestrials had arrived on Earth that night, the release of declassified documents in 2010 poured cold water over the notion there’d been some sort of cover-up by the so-called Men in Black.

Made available online by the National Archives, the Ministry of Defence files officially explained away the strange phenomena as having resulted from a freak combination of earthquake and meteor shower.

The files noted that an expert who carried out independent research into the Berwyn Mountains incident for the British Astronomical Society reported that a “fireball” was visible over most of the UK that night, with sightings received from locations in Somerset, Norfolk, Manchester and Edinburgh.

It was said to have descended from a height of about 120km to about 35km before disintegrating over Manchester.

Then-junior RAF minister Brynmor John summed up the official position in a letter to North Wales MP Dafydd Elis Thomas in May 1974.

He wrote: “As suggested by the descriptions reported, it seems the phenomena could well have been caused by a meteor descending through the atmosphere burning up and finally disintegrating before it reached the ground.

“Such a hypothesis would also explain the absence of any signs of impact.”

A further document from the Maritime and Coastguard Agency, which surfaced around the same period as the MoD files, also attempted to explain the events which took place early that year.

It revealed that a military operation involving about 10 military aircraft – codenamed Photoflash – had been the reason behind a series of powerful flashes witnessed across the North Wales coast and Liverpool Bay.

And, while no more information from official sources was forthcoming on the purpose of that specific exercise, one UFO researcher believed to know the answer.

Speaking around the time the MCA files were disclosed, investigator Russ Kellett said: “The operation was used to light up the coast so they could see submerged craft in the sea.

“From my findings, there were three separate craft that were flushed out of the ocean that night – military craft were involved and there was an engagement.”

Was it visitors from another world? Or perhaps a top secret experimental aircraft, possibly a prototype Stealth bomber, which had malfunctioned?

The answer is we may never know what happened that night – but, for some people, the truth is still very much out there.