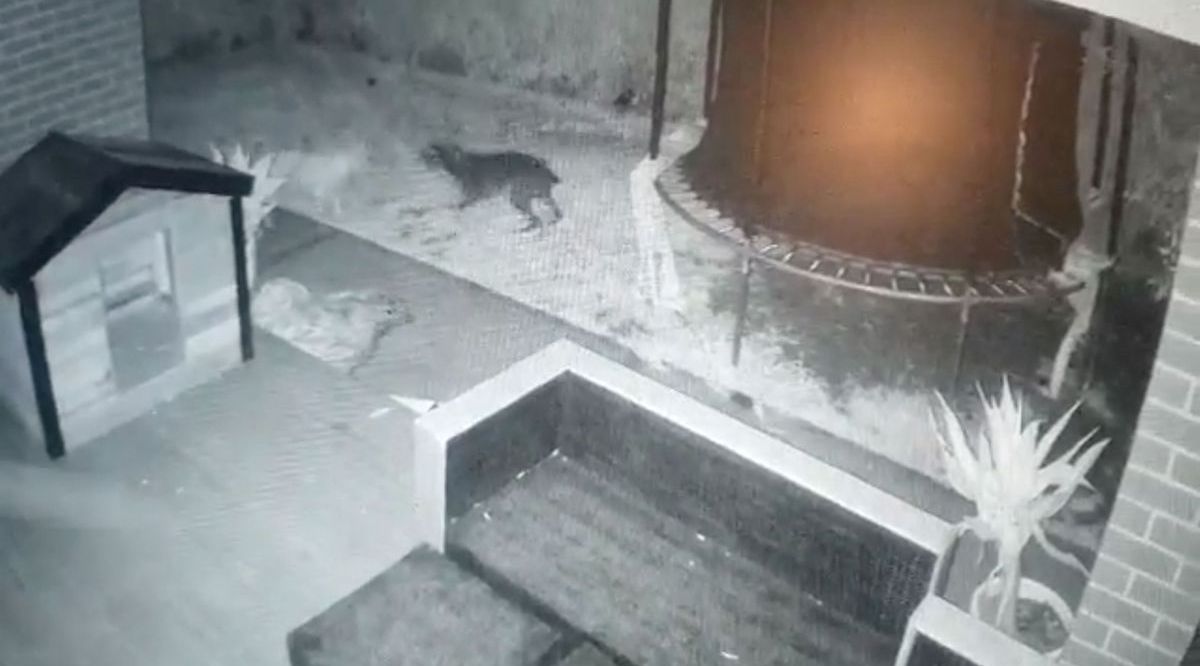 A man has spoken of how baffled he felt after seeing what appeared to be a mysterious canine phantom running around his fully secured back garden. Jake DeMarco, was shocked by the mystery footage recorded on his home security camera in Melbourne, Australia. The clip appears to show Jake’s dog, Ryder, playing and running around with a transparent white pooch. Jake said it’s even more chilling because his backyard is fully secured by a locked 8ft-high fence and there would be no way for another dog to get inside. He sprinted out to investigate after spotting the spooky pup, but it was already gone.

He said: “I was out in the garage having a cigarette when one of the four live camera streams caught my eye. “Ryder was running around like he was playing with something or someone which isn’t normal behavior for him, especially at that time of the night “I noticed he wasn’t alone. I was confused and in shock when I saw the footage because I knew Ryder was alone but had a playmate for a minute that then disappeared into the darkness.

“My wife Amanda and I watch our cameras more than TV now as we are hoping to see Ryders’s playmate again.” Jake’s brother Simon, 42, shared the footage on Facebook, with many speculating that a dog somehow managed to get into the backyard whilst others suspect that this was something supernatural. Simon said: “I thought Jake was playing a joke on me and would be laughing at me when I got there.

“Even after seeing a small clip of the footage he sent me I still thought he was up to something “But his voice and the way he told me was definitely not one I’d expect if he was joking so I went to his house straight away. “I can’t explain any of this, I was never really much of a spiritual person and didn’t really think too much about ghosts and spirits. I do now!”