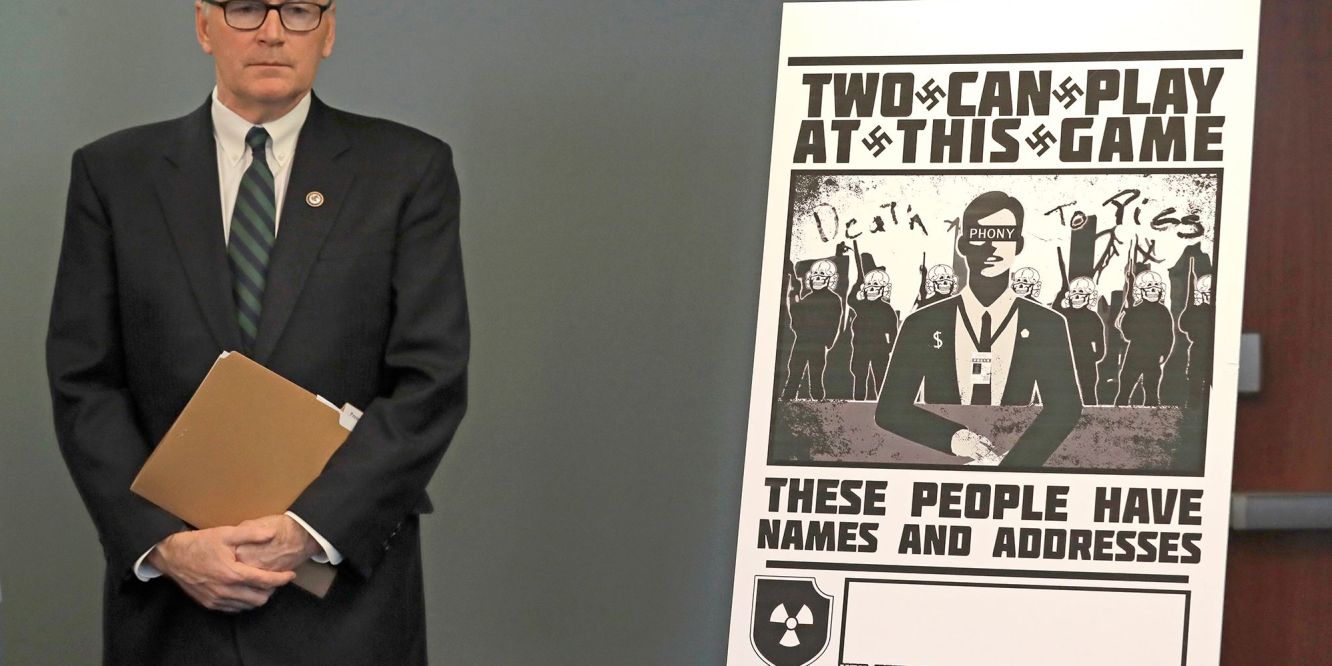 Court documents claim that a confidential informant who helped bring down Atomwaffen Division is also a publisher of white supremacist literature….

The Federal Bureau of Investigation has paid a man involved in a publishing house specializing in occult neo-Nazi books more than $100,000 since 2003, according to court filings.

The publishing house is Martinet Press, fine purveyors of Atomwaffen Division-approved books such as Iron Gates and Liber 333. The former is a book about a Satanic cult roaming a post-apocalyptic America, which opens with a scene of a child being murdered. The apparent informant is Joshua Caleb Sutter, a man with longstanding ties to white supremacist organizations. Sutter’s father was a Pentecostal preacher who ran racist memorabilia stores in the area around the South Carolina capital of Columbia; Sutter and his father would take turns running the counter.

The court documents implicating Sutter are from the federal government’s case against Kaleb Cole, whom prosecutors say was a leader of the neo-Nazi terror group Atomwaffen Division. Obtained by investigative journalist Ali Winston, the documents are a motion to suppress evidence related to a search warrant used to search Cole’s house.

The documents don’t use Sutter’s name, but the description of the FBI’s confidential informant leaves little doubt that it’s him. “The government has informed defense counsel that the CI in this case has worked as an informant for the FBI for approximately the past sixteen years,” the court records said. “Since 2003, he has been paid over $140,000 for this work. More importantly, the CI has been paid $78,133.20 plus an expense advance of $4,378.60 since February 7, 2018, which almost entirely coincides with his work on the investigation into Mr. Cole and Atomwaffen.”

“The CI is a convicted felon and currently owns and operates a publishing company that distributes white supremacist writings,” the records said. “The CI began his long career as a professional informant in exchange for consideration regarding his sentence on a federal conviction for possession of a firearm with an obliterated serial number and an unregistered silencer. He has continued to work for pay.”

Sutter is a former high-ranking member of the Aryan Nations who was arrested in 2003. According to court records he “knowingly possessed a firearm with an obliterated serial number.” As with the CI in the Cole case, Sutter’s gun had a silencer. He served a brief stint in federal prison in Georgia, but got out in 2004.

After leaving prison, Sutter returned to South Carolina, moved into a trailer owned by his father, and married a woman named Jillian Hoy—the director of Martinet Press, which publishes a pantheon of esoteric and apocalyptic occult neo-Nazi literature. The books Martinet Press publishes tend to be nihilistic, jargon-filled, and fictional. They advocate for a world where the strong destroy society and usher in the collapse of civilization.

The list of active members of extremist movements in America is, thankfully, small. The list of those caught with a silenced weapon with shaved-off serial numbers involved in publishing white supremacist literature is even smaller.

This isn’t the first time Sutter has been suspected of being an FBI informant, either. (The Venn diagram describing informants and undercover agents on the one hand and neo-Nazis on the other at times appears to be a single circle.) Rumors about his involvement with the feds have been circulating in white-supremacist circles since at least 2005.