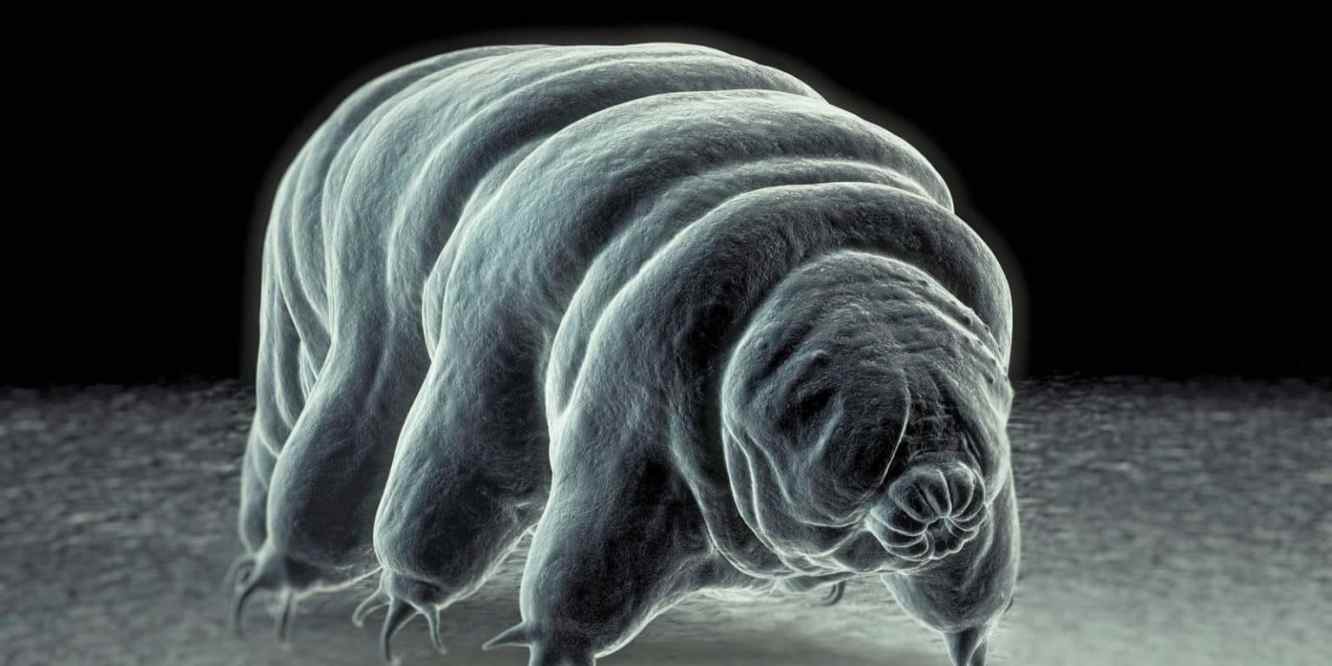 For animals that typically measure less than a millimeter in length, tardigrades have inspired a huge amount of scientific research and public affection. These microscopic extremophiles, also known as water bears or moss piglets, have fascinated both experts and laypeople alike with their cute demeanors and incredible acts of endurance, such as surviving exposure to intense temperatures, pressures, and even the vacuum of space.

Now, scientists led by Jasmine Nirody, an independent fellow at the Rockefeller Center for Theoretical Studies and a fellow of All Souls College, University of Oxford, have provided an amazing new view of tardigrade gaits by recording high-speed videos of the hardy animals traversing gel substrates. In other words, they showed how tardigrades walk, and the videos of them ambling along are truly adorable.

The results reveal that “tardigrade walking replicates several key features of walking in insects despite disparities in size, skeleton, and habitat,” according to a new study published in Proceedings of the National Academy of Sciences.

“I had always thought of tardigrades as being these kind of clumsy, fumbling, bumbly things that plod along,” Nirody said in a call. “That’s a big misconception because they’re ecologically so successful that it makes sense that they are good at locomoting to be able to find food. They’ve survived for so many millions of years and diversified into 1,000 species, so they’re doing something right.”

Nirody first started planning this experiment years ago with her colleague Daniel Cohen, an assistant professor of mechanical and aerospace engineering at Princeton University, who is the senior author of the new paper.

“We both did various projects on animal locomotion and how things with legs move,” Cohen said in a call. “These were fun side projects, but we talked about bears a lot, because they’re adorable and they are the smallest thing with legs.”

“There are certain canonical rules for larger animals with six or more legs, and we wanted to see if the bears followed that,” he added.

To better understand the locomotive abilities of tardigrades, the team filmed members of the species Hypsibius dujardini traversing substrates using their four pairs of legs. The researchers observed a range of walking speeds and styles depending on the firmness of the substrate and the allure of interesting objects in the environment.

“We let the bears run around on playgrounds made out of very fancy science jello, which is a special kind of gel that has a very well controlled stiffness, so you can tune how squishy it is,” Cohen said.

“We got hours and hours of footage out of Daniel’s lab,” Nirody added. “We didn’t cherry-pick based on speed. We feel like we got a representative sample of their behavior, which is what we wanted. We didn’t want just running, or panicking, or strolling peacefully. We wanted to see how they behaved in all of these situations, and how these situations are related to each other.”

The team’s videos of the tardigrades reveal gaits that are analogous to walking patterns seen in much larger arthropods, a family that includes insects and crustaceans. For instance, both groups of animals tend to use the same stepping patterns regardless of speed, which sets them apart from vertebrates that employ different stepping patterns in gaits, such as a horse that trots, canters, or gallops.

“They have a gait activation pattern that is more consistent with something like a stick insect which is 500,000 times larger than [tardigrades] are,” Cohen explained. “That begs the question: did evolution select for these particular patterns of leg motion because they provide some kind of mechanical selection advantage, and these organisms converged on this activation? Or was there an early branching ancestor that had the original neural activation pattern that these animals came from?”

“Both ways are interesting and have great implications,” Nirody noted. “One way gives you an idea into the evolutionary diversity and the diversification of arthropods, and the other one gives you some insight into fundamental design principles that multiple lineages have converged on independently. Either way, the answer is going to be useful to us in some way.”

In other words, tardigrades are not only exceptional because of their capacity to tolerate punishing tests, such as getting fired out of a gun or being deprived of food and water for several decades. They are also one of the rare microscopic animals without a skeleton to lope around on legs, as opposed to wriggling around like comparably sized organisms such as nematode worms. In addition to the evolutionary implications of this finding, the locomotive modes of water bears could inspire future engineering concepts.

“This is a really interesting example of the smallest animal with legs that is quite competent once you give it a good thing to walk on,” Cohen said. “We don’t have any tools that operate at that scale that can walk like that, so you can imagine that this might be an interesting platform for future microrobotics.”

Most importantly, however, the researchers were able to capture some very cute footage of these animals casually living their lives, which is a welcome break from the many experiments in which their survival limits are put to the test.